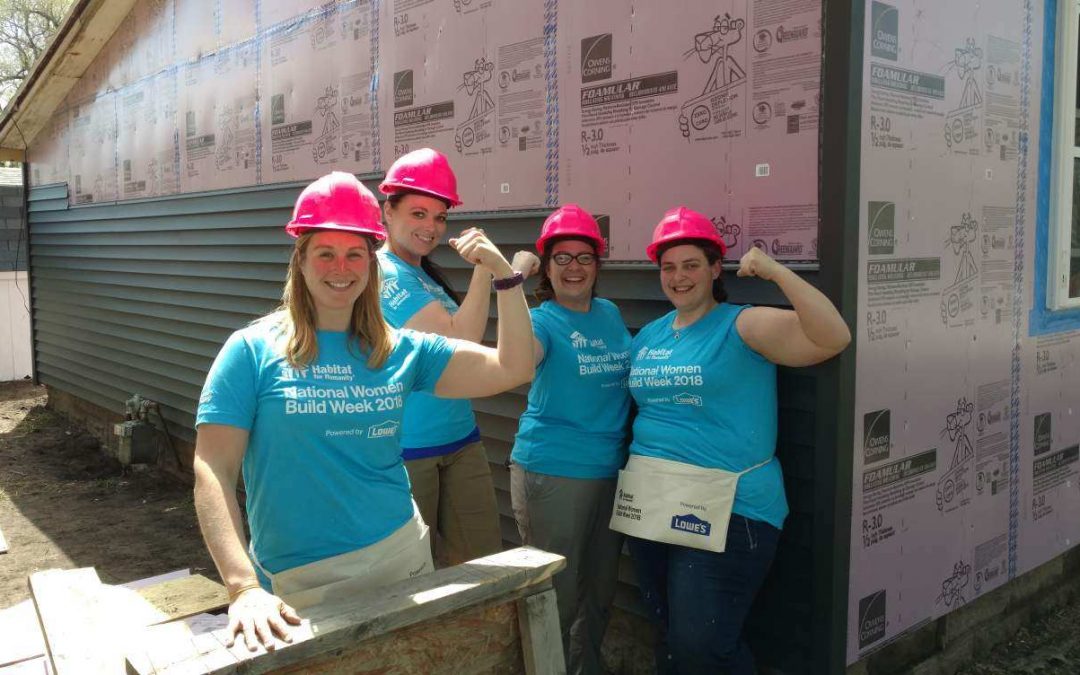 “The only way to effect change is by making change.” – Kahya Fox, Executive Director of Habitat for Humanity La Crosse

Change is being made through the Habitat for Humanity Women’s Build program. Women are being empowered by the experience of building houses. Both literally and figuratively, they are digging up the foundation, breaking down barriers, and building a new future with the tools and skills they learn through Women’s Build.

The Women’s Build has been a part of Habitat for over 25 years. It all began in Habitat for Humanity’s desire to reach a new population. Women’s Build focuses on creating an inviting space for women to gain skills and progress in the community.

It wasn’t until 2008 that The Women’s Build became an international initiative across all Habitat for Humanities. With the international initiative, came Women’s Build Week that has centered around and lead up to Mother’s Day. Creating longer-term programming has allowed Habitat to dive deeper into skill development, with greater incentives for women from all walks of life to participate and a commitment to consistent programming in the communities they serve.

During Women’s Build, women are challenged to build strength, stability, and independence for themselves and others within the community. Creating a space filled with comradery and exuberant energy helps women see that they are all in it together and that they can do it.

This year, the week-long event will occur around International Women’s Day. Women leaders within the La Crosse community will participate in the kickoff as well as separate events throughout the build week to send a clear message that women belong in building construction.

Habitat creates a space for women while women who participate in build week create spaces for future homeowners.

Women’s Build continues to evolve as Habitat gains a better understanding of the community and responds to shifting needs.

With each build, women are able to see with their own eyes that there is space for them inmale dominated fields. This program is giving women the opportunity to  build confidence in themselves and their own abilities. They have the chance to prove to themselves, the community, and society at large that they are capable of doing. The new skills women gain through the Women’s Build program creates possibilities for them. Their new confidence in these skills gives them the power to change their future and the lives of others.

Through this program, women are helping families in the La Crosse community build strength, stability, and autonomy. They are pushing themselves  to experience new things. They are experiencing the joy volunteering and giving back, and in doing so, they are encouraging those around them to do the same.